US elections: race is far tighter than expected – again

While the results are not yet final, the 2020 US presidential race is much closer than the polls and betting markets predicted. Investors should expect some flight-to-safety response in areas like US Treasury bonds and the dollar, and technology may perform well if President Trump secures victory again.

US voter turnout in the 2020 presidential election may prove historic, with more than 100 million early votes cast. Nonetheless, polls and betting sites may have misjudged the final result.

While there may still be a path to victory for Mr Biden, the race has been much tighter than the Democratic “blue wave” that dominated the headlines over the past few weeks. The election will ultimately come down to a handful of swing states that may take days to finalise their vote count, including Pennsylvania, Michigan and Wisconsin.

Overnight, markets were jolted by the lack of a definitive outcome. Most notably, US 10-year Treasury yields experienced a near 10 basis-point reversal – reflecting a flight-to-safety response.

Meanwhile, it could take even longer to know who won key congressional races, which so far suggest the Democrats and Republicans may be heading for a tied Senate. Generally speaking, markets have performed best under divided government – when one party has only partial control of the House, Senate and presidency, although in this environment enacting a swift stimulus response would be a key priority.

Until the final outcome is known, we expect some flight-to-safety response, which will likely favour perceived safe havens, such as government bonds, the US dollar and gold. Investors may also look towards areas that may benefit under a potential win by President Trump, including technology and financial sectors. We may also see some volatility in Chinese and Asian equities as the outcome is decided. Nonetheless, investors may consider using any risk-off sentiment as a tactical opportunity to diversify or add to risk.

Ultimately, a president will be elected, and the policy platforms of the two candidates point to different potential implications for investors:

What a Biden victory may mean:

What a Trump victory may mean:

Looking beyond the election

Once we have a definitive result, the path forward will be clearer for investors.

There are hopes 2021 could bring one or more viable vaccines and drug therapies to tackle Covid-19. If consumer activity around the globe improves as a result, financial markets could perform well – particularly against a backdrop of low rates and ongoing fiscal and monetary stimulus measures.

We suggest that investors keep a close watch on the flow of macroeconomic data such as jobs, wages and inflation. There have been mixed signals coming out of several regions – particularly Europe – as resurgent cases of the coronavirus take their toll on key economies. But if the US and other countries get a handle on this pandemic, it could provide a good backdrop for stocks and other risk assets:

In the case of another slowdown, markets would likely anticipate more fiscal and monetary stimulus – which could be supportive for risk assets as well. Either way, we may see a shift in which sectors are leading, and we expect market participation to broaden in the next 12 months – meaning different sectors of the market might begin to outperform. 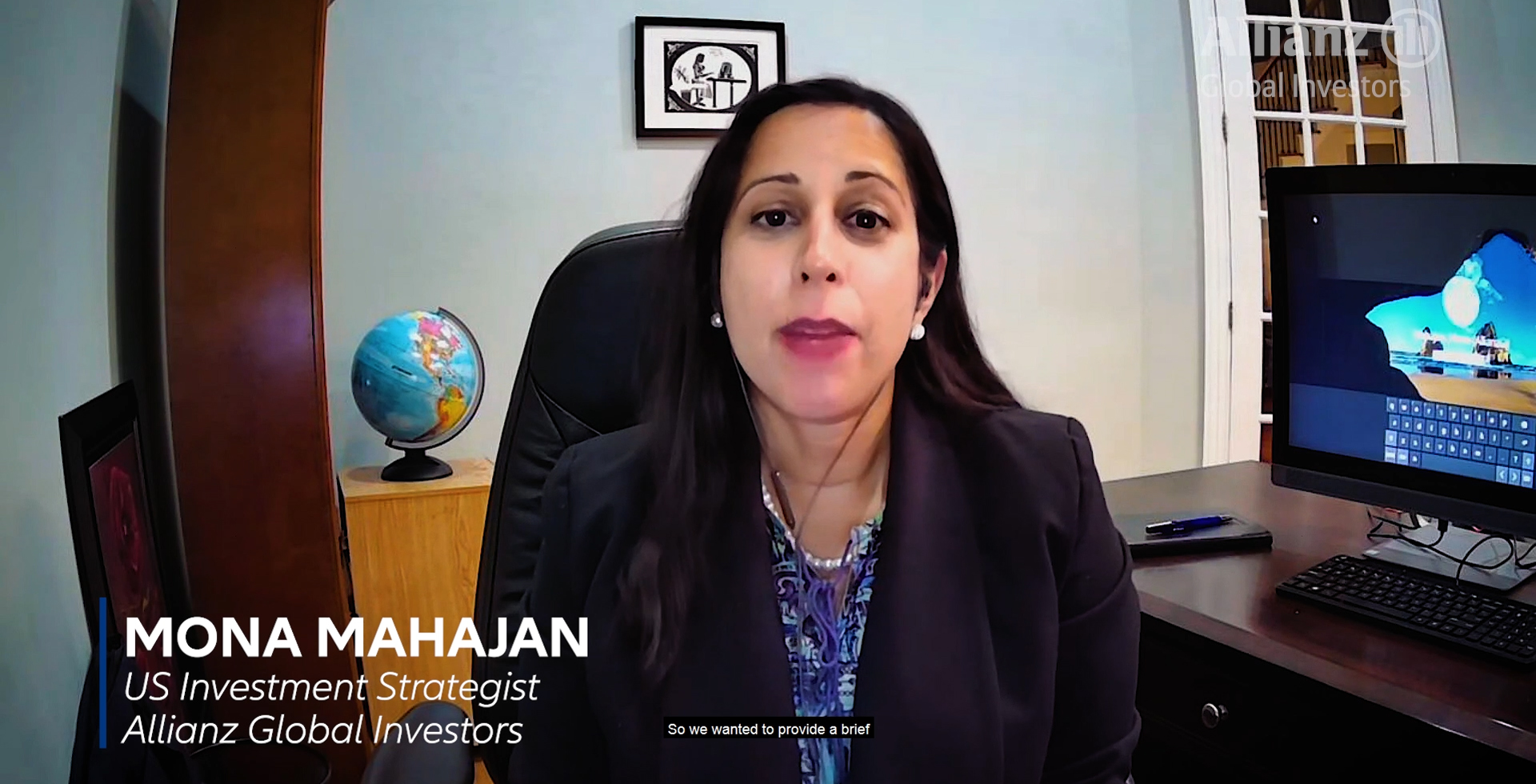 US election reaction: closer than expected race has jolted markets

A Biden victory and split Congress may be welcomed by markets

With President-elect Joe Biden facing a split Congress, investors could welcome the resulting “Biden-lite” agenda, which may include portions of his spending plans – such as fiscal stimulus and infrastructure investment – but little in the way of tax increases.